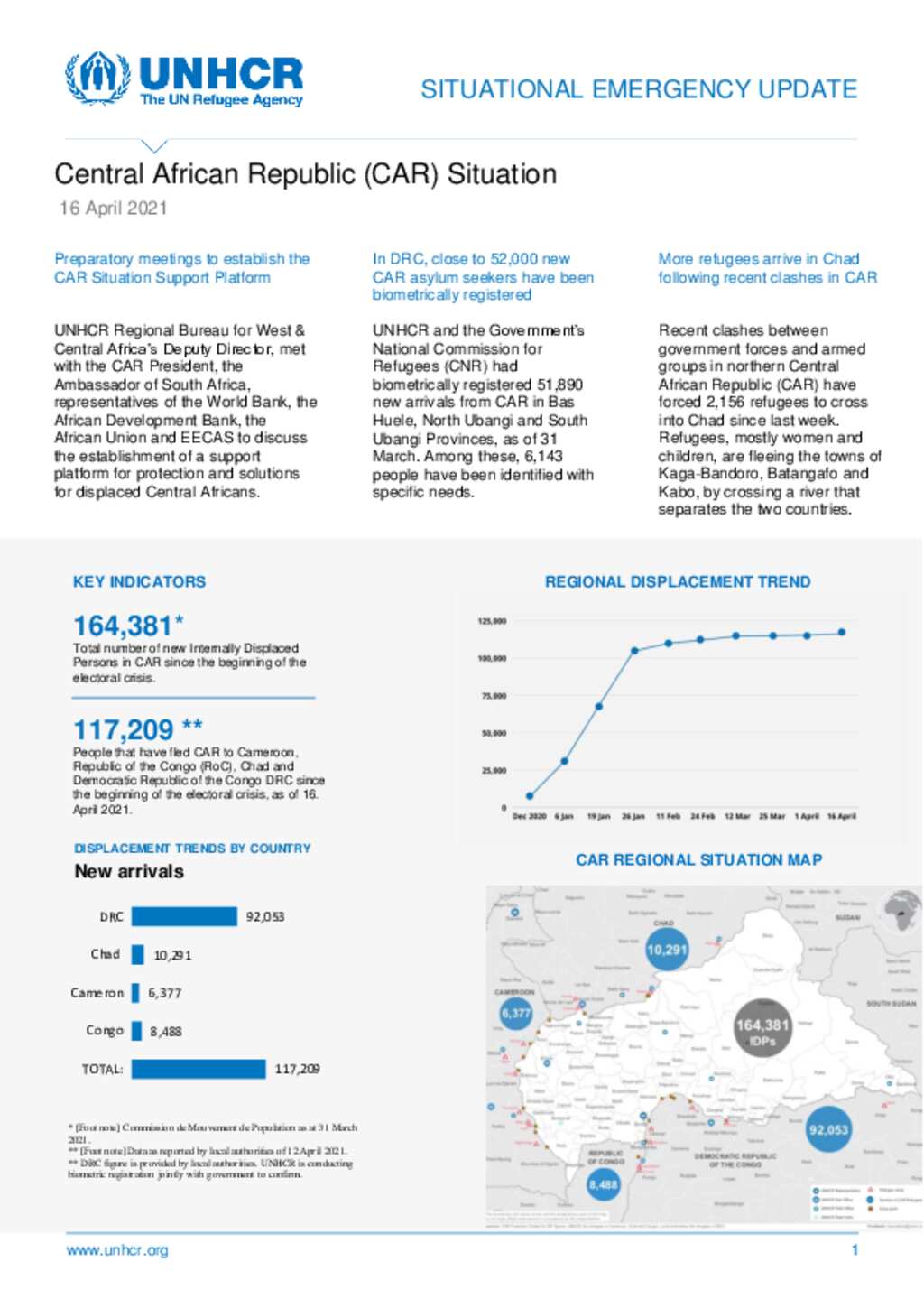 UNHCR Regional Bureau for West & Central Africa’s Deputy Director, met with the CAR President, the Ambassador of South Africa, representatives of the World Bank, the African Development Bank, the African Union and EECAS to discuss the establishment of a support platform for protection and solutions for displaced Central Africans. UNHCR and the Government’s National Commission for Refugees (CNR) had biometrically registered 51,890 new arrivals from CAR in Bas Huele, North Ubangi and South Ubangi Provinces, as of 31 March. Among these, 6,143 people have been identified with specific needs. Recent clashes between government forces and armed groups in northern Central African Republic (CAR) have forced 2,156 refugees to cross into Chad since last week. Refugees, mostly women and children, are fleeing the towns of Kaga-Bandoro, Batangafo and Kabo, by crossing a river that separates the two countries.