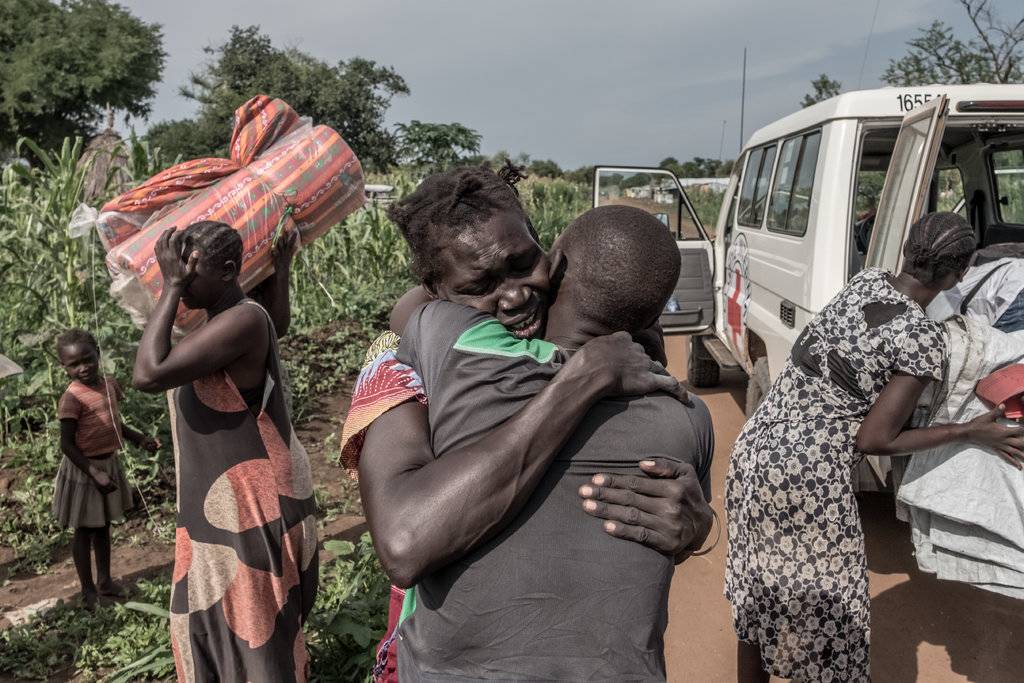 On a pale dirt road in the Palorinya refugee camp in northern Uganda, Raida Ijo clung to her 16-year-old son, Charles Abu. They sobbed quietly into each other’s shoulder. They had been separated for 19 months, since the day that fighting broke out between rebels and government troops in their village in South Sudan.