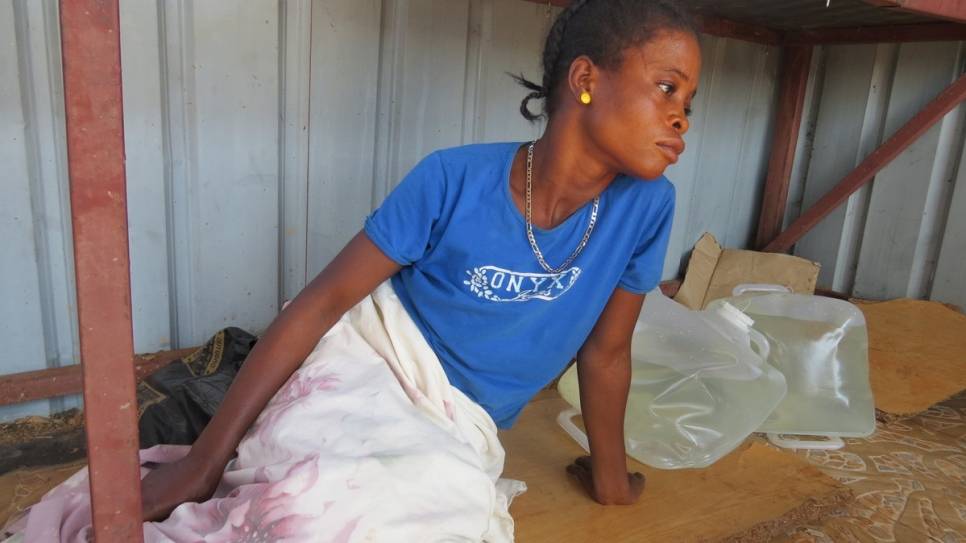 DUNDO, Angola – The smoke form the burning village hung in the air as the militiamen fanned out through the fields in search of residents to butcher.
As her family scattered in different directions, Elena Kita was grabbed from behind by a strong pair of hands. The man who snatched her took out a machete and she begged for her life.
“It was then that something quite surprising happened,” recalls Elena. “He whispered to me to listen to him. He recognized me through certain traditional markings on my body and that I was from the Chokwe tribe, which was his tribe too.”
The man beat her feet with the handle of his machete, telling her to run into the forest in a certain direction that would ensure she avoided the militia.
“After letting me escape, I ran in the direction he suggested. I couldn’t believe he had let me go!”
She eventually found some of her family members deeper in the forest, and is now among thousands of men, women and children who have fled surging violence in their native Democratic Republic of the Congo, or DRC, to seek safety in neighbouring Angola.
“After letting me escape, I ran in the direction he suggested. I couldn’t believe he had let me go!”
The conflict in DRC’s Kasai Province began with the violent uprising of the Kamwina Nsapu militia in August 2016, which displaced over one million people in the country and destroyed their livelihoods. By the end of last month, over 20,000 people had sought refuge in Angola’s Lunda Norte Province.
Elena, who reached Angola last week, is among 5,000 newly arrived refugees currently staying in Cacanda, a temporary reception centre that the Angolan government has made available to those fleeing the current upsurge in violence.
UNHCR, the UN Refugee Agency, has dispatched an emergency team from the regional office in Southern Africa and its headquarters in Geneva. It is working closely with the Angola’s Social Assistance Ministry and other humanitarian agencies to identify refugees’ most pressing needs and provide assistance.

Celeste Kasenga holds his son as he reminisces about the horrific journey he took fleeing the Kamuina Nsapu militia in Kasai province, in the Democratic Republic of the Congo. © UNHCR/Pumla Rulashe
There are numerous accounts like Elena’s of summary executions and other violent acts targeting those perceived to support either the government or militia. Concerned over the ongoing violence, UNHCR is coordinating a joint response with the government and humanitarian agencies to protect and assist refugees, pending a more long-term solution.
Top on the list of priorities is to identify and develop a refugee hosting site to which the new arrivals can be relocated.
“The government has identified three sites which are almost 100 kilometres from the border with DRC,” says Asis Das, a UNHCR official leading the emergency response team. “We are inspecting the sites jointly with the Government and then we will begin the ground work to make the sites habitable as quickly as possible.”
UNHCR has already started registering refugees currently living in two of the reception centres in Dundo. “This is important as we are getting reliable data about the refugees’ origins and identifying people with vulnerabilities and specific needs,” Das explains. “The process will strengthen the delivery of humanitarian assistance.”
“At a time like this, unity is the strength families need to heal the trauma and stress we have just gone through.”
The registration will culminate in the distribution of food and non-food items which are desperately needed. As the numbers continue to rise beyond the initial planned figure of 5,000 people, UNHCR is working closely with the World Food Programme to continue providing food to the arrivals. Other humanitarian agencies including UNICEF and Doctors Without Borders are continuing to provide water, sanitation and health care.
“Once we are able to stabilize the population by providing the most basic needs, especially at reception centres where they usually arrive exhausted, malnourished or ill, we can then look into issues relating to sexual and gender based violence, child protection and some of the psycho-social concerns that occur due to trauma,” adds Das.
As she adapts to her new circumstances, Elena is still in pain, both physically and emotionally, although she can now smile. She is unexpectedly grateful to the militia man who beat her so as to deflect any suspicion about his actions towards her.
“Though he beat me, I will always be grateful to him for sparing my life and allowing me to reunite with my family. It is what puts a smile on my face, in spite of the pain in my feet,” she says.
Meanwhile her brother-in-law, Celeste Kasenga, is simply relieved that she is alive. “If she hadn’t escaped we would have been accused by her family of neglecting to protect her,” he says.
“That would have destroyed relations between both families. At a time like this, unity is the strength families need to heal the trauma and stress we have just gone through.”