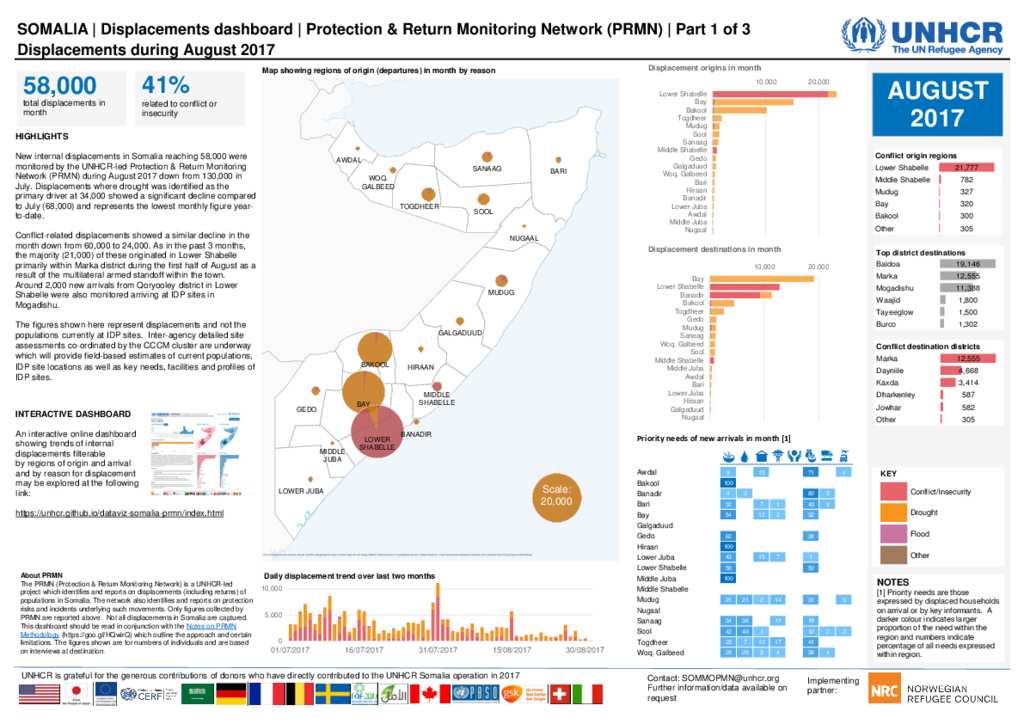 New internal displacements in Somalia reaching 58,000 were monitored by the UNHCR-led Protection & Return Monitoring Network (PRMN) during August 2017 down from 130,000 in July. Displacements where drought was identified as the primary driver at 34,000 showed a significant decline compared to July (68,000) and represents the lowest monthly figure yearto- date. Conflict-related displacements showed a similar decline in the month down from 60,000 to 24,000. As in the past 3 months, the majority (21,000) of these originated in Lower Shabelle primarily within Marka district during the first half of August as a result of the multilateral armed standoff within the town. Around 2,000 new arrivals from Qoryooley district in Lower Shabelle were also monitored arriving at IDP sites in Mogadishu. The figures shown here represent displacements and not the populations currently at IDP sites. Inter-agency detailed site assessments co-ordinated by the CCCM cluster are underway which will provide field-based estimates of cur