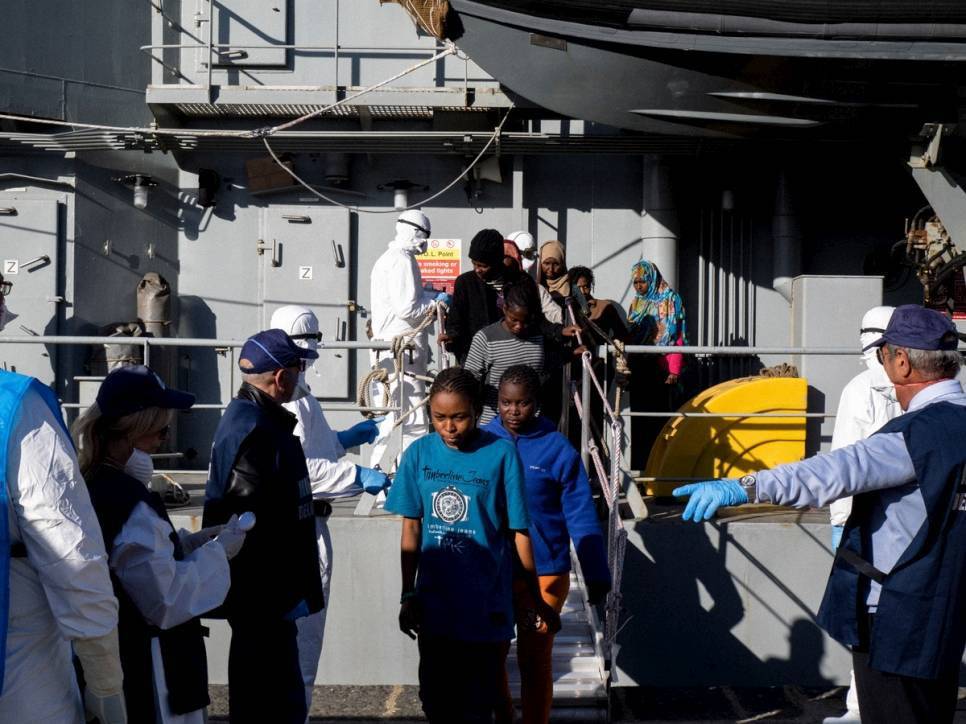 This is a summary of what was said by UNHCR spokesperson Cécile Pouilly – to whom quoted text may be attributed – at today's press briefing at the Palais des Nations in Geneva.
20 June 2017

UNHCR, the UN Refugee Agency received information last night about three new shipwrecks in the Mediterranean. We fear that at least 130 people are dead or missing.
The first and largest of these incidents involved a rubber dinghy that left Libya on 15 June and began taking on water just hours into its journey. From the Italian coast guard, and the four survivors - Sudanese and Nigerian nationals – we understand the boat was carrying at least 133 people. 129 people are missing.
The second incident involved a boat carrying at least 85 people which broke in two and sank yesterday. People who witnessed the sinking say the boat was among three that left Libya on the evening of 15 June. There were many families with children aboard. The nationalities of those lost are Syrians and people from North African countries.
A third shipwreck is reported to have left seven more people dead or missing. Survivors were disembarked yesterday in Messina, Sicily. Their boat left Libya on 14 June. A pregnant woman from Cameroon lost her husband in the shipwreck.
Today is World Refugee Day. These incidents are a reminder of the grave dangers that people confront when forced to flee their countries because of war and persecution. Since the beginning of the year, over 77,000 people have tried to cross the Mediterranean to Europe. This is among the world’s most dangerous routes – a journey that no one takes lightly.
Despite the heroic work of those involved in rescue at sea, the deal toll on the Mediterranean continues to rise. More than 2,000 people are reported to have died or gone missing since the start of the year. With so many lives at stake, UNHCR, the UN Refuge Agency, appeals again for enhanced rescue operations and more viable and safe alternatives for those in need of international protection so people are not compelled to take such dangerous journeys.
More efforts are also needed to address the root causes behind these movements of people to Libya, including by solving conflicts and reducing poverty.