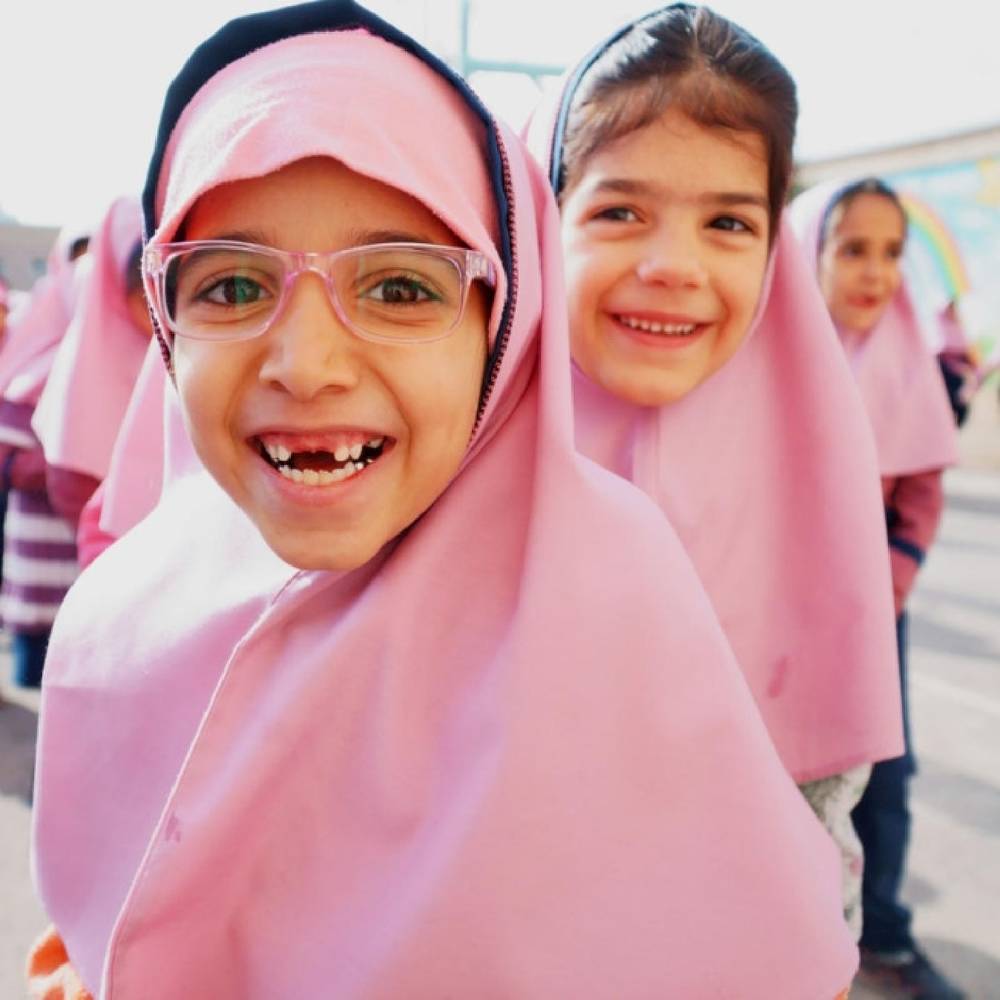 UNHCR, the UN Refugee Agency, welcomes Iran’s efforts to extend education opportunities for nearly half a million Afghan children in the country, and recognizes that the country needs greater humanitarian support because of the economic challenges it faces today.

Iran has been one of the world’s leading refugee hosts for decades and currently has some one million registered refugees from Afghanistan. In addition, over two million Afghans are estimated to live in Iran either without documentation or on national passports.

Iran leads by example in including refugees in national services. Since a law introduced in 2015, all Afghan children can go to school, regardless of whether they are refugees, holders of an Afghan national passport or undocumented. Refugee children study side by side with their Iranian classmates, following the national curriculum.

Official figures estimate that some 480,000 Afghan refugee and undocumented children are currently enrolled in school for the 2019-2020 academic year, a steady increase from the previous years. In 2019 alone, Iran has created places for some 60,000 new Afghan students in its schools.

Particularly in light of ongoing economic challenges, the country needs additional humanitarian support to ensure education and other services to refugees are maintained.

In the past year the cost of living in Iran has skyrocketed, making it harder than ever before for families - Iranians and Afghans alike – to make ends meet.

UNHCR remains concerned that without additional global support for refugee operations in Iran, our ability to continue supporting the government in providing education to Afghan children will be drastically affected.

In 2019, UNHCR co-funded with the government the construction of a dozen school buildings for refugees and Iranians (each with 12 class rooms) at a cost of US$650,000 each. With increasing construction costs and without enough funding the same may not be possible in 2020.

In 2016, the Government of Iran removed the school fee that refugee families had to pay to secure a place in school for their children, putting refugee families on a par with Iranians. However, an increase in the cost of school supplies and uniforms has put further pressure on families’ budgets, and a recent threefold increase in the price of petrol is expected to raise the cost of transportation to school for families that need it.

Currently, some schools operate on two shifts to give the opportunity to as many children as possible to get an education. But many schools are still overcrowded, with teachers often struggling to allocate enough time to each student.

A worrying number of refugee and undocumented families have told UNHCR that, due to increased daily costs, they may have to take their children out of school and send them out to work to so they can contribute to the family income.

So far for our Iran operations, UNHCR has received only 30 per cent of the required US$98.9 million to date.