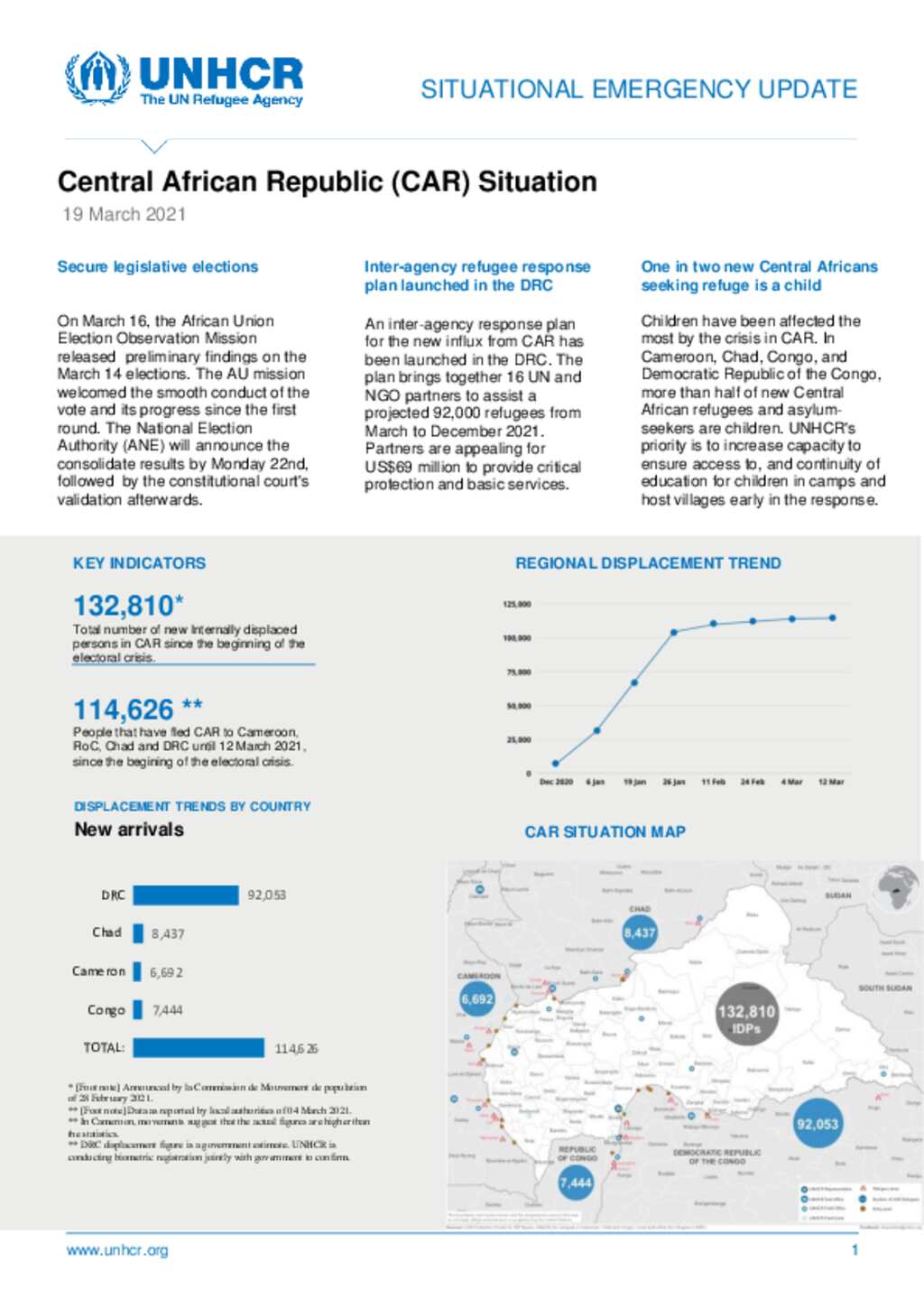 On March 16, the African Union Election Observation Mission released preliminary findings on the March 14 elections. The AU mission welcomed the smooth conduct of the vote and its progress since the first round. The National Election Authority (ANE) will announce the consolidate results by Monday 22nd, followed by the constitutional court's validation afterwards. An inter-agency response plan for the new influx from CAR has been launched in the DRC. The plan brings together 16 UN and NGO partners to assist a projected 92,000 refugees from March to December 2021. Partners are appealing for US$69 million to provide critical protection and basic services. Children have been affected the most by the crisis in CAR. In Cameroon, Chad, Congo, and Democratic Republic of the Congo, more than half of new Central African refugees and asylumseekers are children. UNHCR's priority is to increase capacity to ensure access to, and continuity of education for children in camps and host villages early in the response.