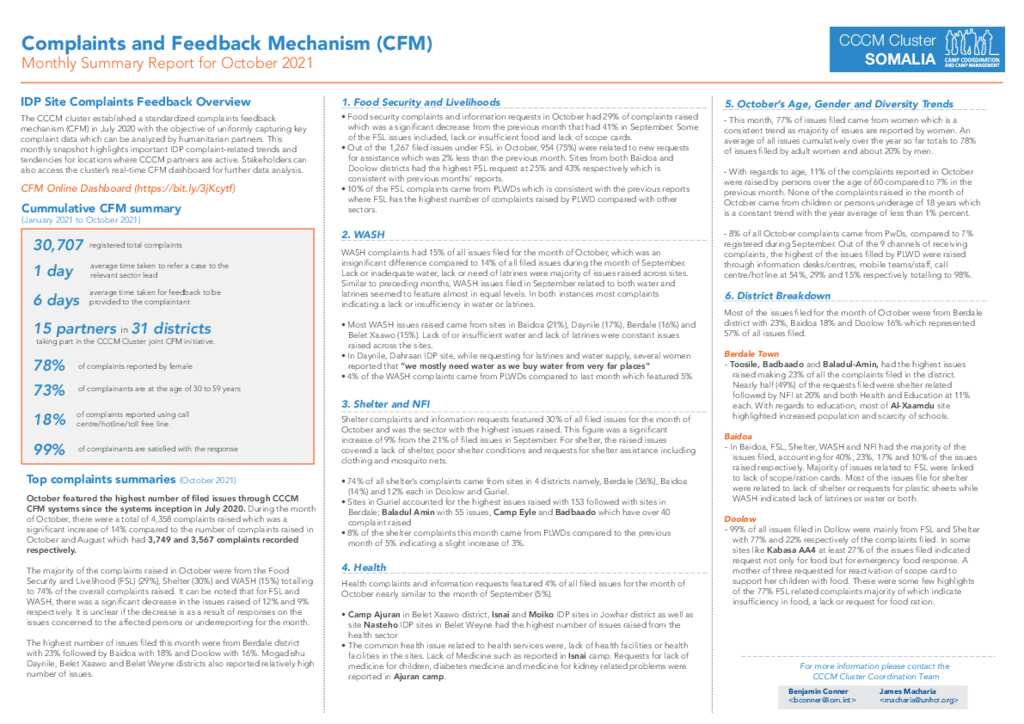 October featured the highest number of filed issues through CCCM CFM systems since the systems inception in July 2020. During the month of October, there were a total of 4,358 complaints raised which was a significant increase of 14% compared to the number of complaints raised in October and August which had 3,749 and 3,567 complaints recorded respectively