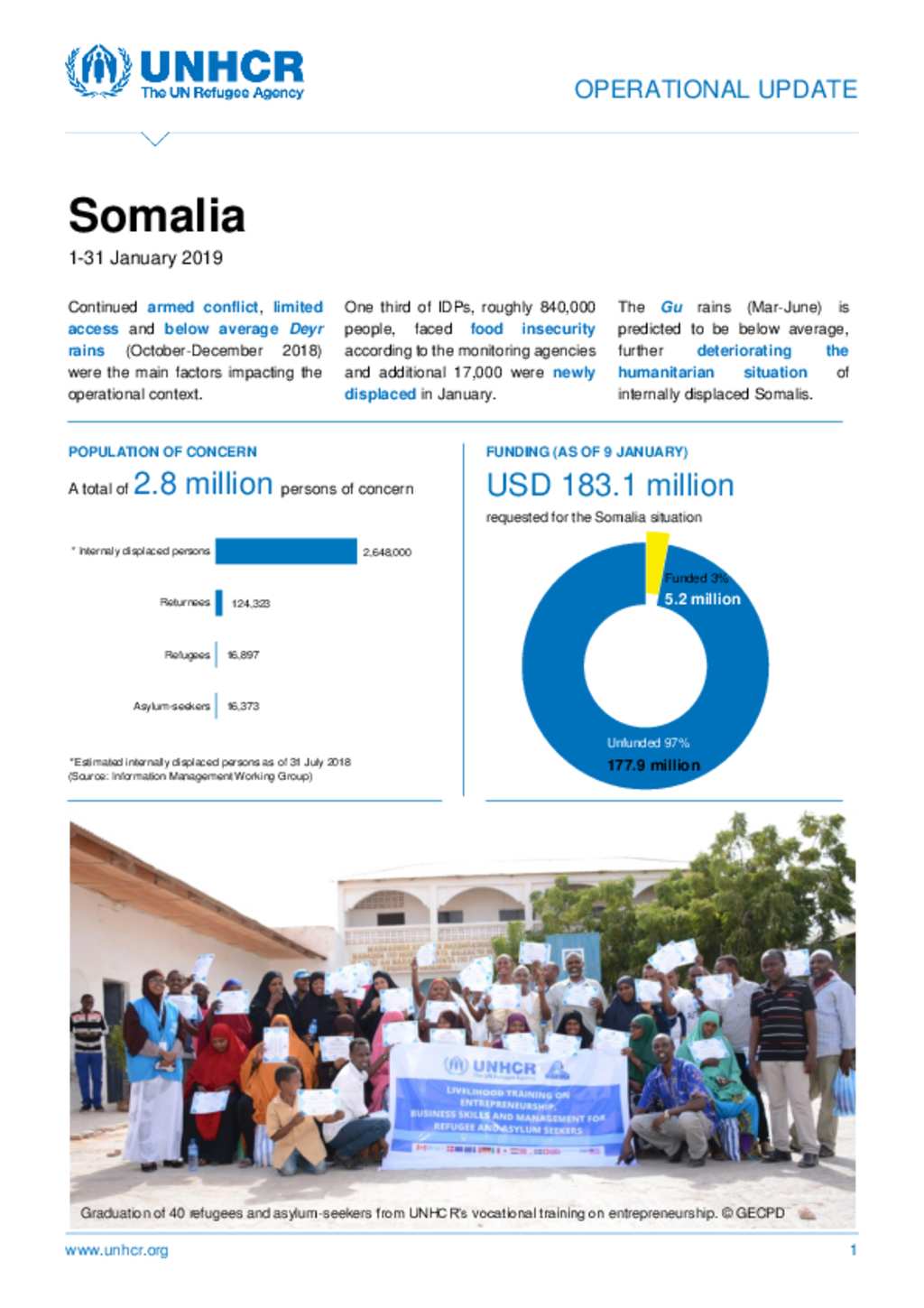 UNHCR Operational Update January 2019 - Continued armed conflict, limited access and below average Deyr rains (October-December 2018) were the main factors impacting the operational context. One third of IDPs, roughly 840,000 people, faced food insecurity according to the monitoring agencies and additional 17,000 were newly displaced in January. The Gu rainy season (March-June) is predicted to be below average, further deteriorating the humanitarian situation of internally displaced Somalis.