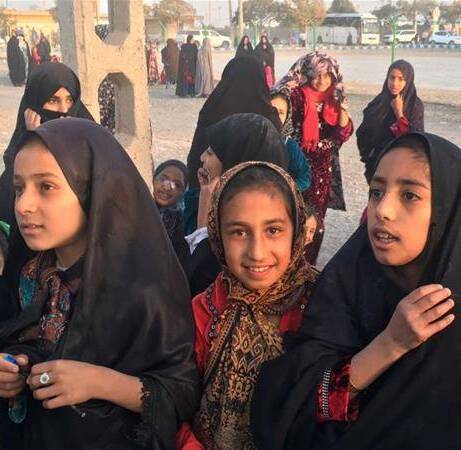 Some 2.7 million Afghans live as refugees abroad. Their future depends on solidarity and action today.
This month marks 40 years since the Soviet invasion of Afghanistan. Since December 1979, almost unending waves of conflict and violence have forced successive generations of Afghan men, women and children to seek sanctuary elsewhere.

Today, there are some 4.6 million Afghans outside Afghanistan, of whom 2.7 million are registered refugees. Collectively, they represent one of the longest-displaced, longest-dispossessed populations worldwide. And after four decades, their future remains clouded by uncertainty and the fear of growing international apathy.

Ending the Afghan exile depends ultimately on lasting peace and security and on inclusive governance and development. For too long, collective efforts have failed to achieve these larger aims. We have fallen short in meeting basic needs and ensuring the dignity of Afghans in countries of refuge, investing in their human capital and skills, and channelling assistance to enable their sustainable return and reintegration at home.

Afghan refugees have found sanctuary in over 80 countries worldwide and are, yet again, the largest group of asylum-seekers currently arriving in Europe. What is too often overlooked, however, is that almost 90 percent of displaced Afghans live in just two countries: Pakistan and Iran. These governments, in the face of their own socioeconomic challenges, have generously hosted their neighbours.

In both countries, Afghan refugees live freely in major cities, children are able to attend primary school, and all can access local healthcare systems. From just 6 percent 40 years ago, the literacy of Afghan children in Iran now stands at 69 percent. Such inclusion and achievements put most of the world's wealthiest nations to shame.

Take the example of Fezzeh Hosseini, who was just a month old when her family fled Afghanistan for Iran in 1979. Arriving in Mashhad, they at first thought only of the safety and essentials that are universal to human beings - a need for shelter, sustenance, schooling and health. Life was hard.

But in Esfahan, young Hosseini received the education that would have been denied to her in Afghanistan. Encouraged by her family and dedicated teachers, and buoyed by progressive policies of inclusion, she eventually enrolled in medical school. Today, Hosseini is the only registered Afghan doctor in Esfahan, caring for Iranian and refugee patients alike. Her success is a testimony not just to her resilience and abilities, but to the tangible benefits of supporting displaced people and allowing them to forge a better future.

Sitting in her living room with my UNHCR colleagues in Esfahan in November, with her five-year-old daughter by her side, Dr Hosseini told us she is grateful for the opportunities that, ironically, have in part been made possible by exile. But she asks herself now what will happen next with her children and future grandchildren. This is the relentless question displaced Afghans and the international community face.

The government of Afghanistan, fragile as it is, continues to strive to build a stable and peaceful future for its citizens. Despite spikes in civilian casualties and shrinking government control of territory, many still long to go home when conditions allow it.

But safe and sustainable return requires investment and development. Afghan authorities are working with the UNHCR and other partners to bolster infrastructure and support for returnees in 15 priority return areas across the country, strengthening communities to make repatriation stable and lasting.

These efforts cumulatively constitute the basis of the Solutions Strategy for Afghan Refugees (SSAR), building a future in which displaced Afghans might finally return to their homeland permanently and prosper. The governments of Afghanistan, Pakistan and Iran have committed to this common vision, understanding from decades of experience that more is to be achieved together, and that results tomorrow require efforts today.

While the global parlance emphasises responsibility-sharing, for Iran and Pakistan we must acknowledge that solidarity with refugees has carried with it a genuine burden. Pending a lasting solution to the Afghan crisis, it is imperative that host communities who have kept their doors open for decades continue to receive support.

Afghanistan, too, lacks the resources to deliver singlehandedly what its people need. On the eve of the first Global Refugee Forum this week, asking states worldwide to translate the principle of responsibility-sharing into concrete action, these three countries will launch a new platform to support Afghan refugees. Exhausted, literally and figuratively, they are appealing for help.

There is more to this plea than humanitarianism. Children under the age of 14 make up at least half of all Afghan refugees now living in Pakistan and Iran. Almost three-quarters are under the age of 25. In their youth lies immense promise and almost equal risk.

A better future for the region depends upon their inclusion and empowerment, and upon the wider world they believe has largely abandoned them. While millions of Afghans remain in neighbouring countries, Afghanistan has also faced significant recent internal displacement. Simultaneously, funding for UNHCR's Afghan response is down by more than half since 2010.

A few weeks back, I sat with sisters Amina and Anisa, third-generation Afghan refugees in Pakistan. They go to school in Naguman refugee village. The support the community and government have provided to them is truly commendable, and yet they have no more certainty than their grandparents did as to what their future will hold.

They told me about their aspirations of becoming a nurse and an artist. But the oldest, at 12, is already losing the inherent hope of childhood. Without a concerted effort, girls like her simply fall off the grid. At moments in our conversation, she fought to hold back tears because she fears her dreams are impossible. She said she has no idea what she will do at the end of next year when her formal education ends.

Putting an end to the Afghan exile should not be a dream for children like Amina. But making it a reality requires greater cooperation and commitment. Above all, it requires us not to turn our backs on the millions of displaced Afghan men, women and children, or on the host communities that have stepped up, opened their doors and sheltered them. They have already waited too long. The time for solidarity, for action is now.