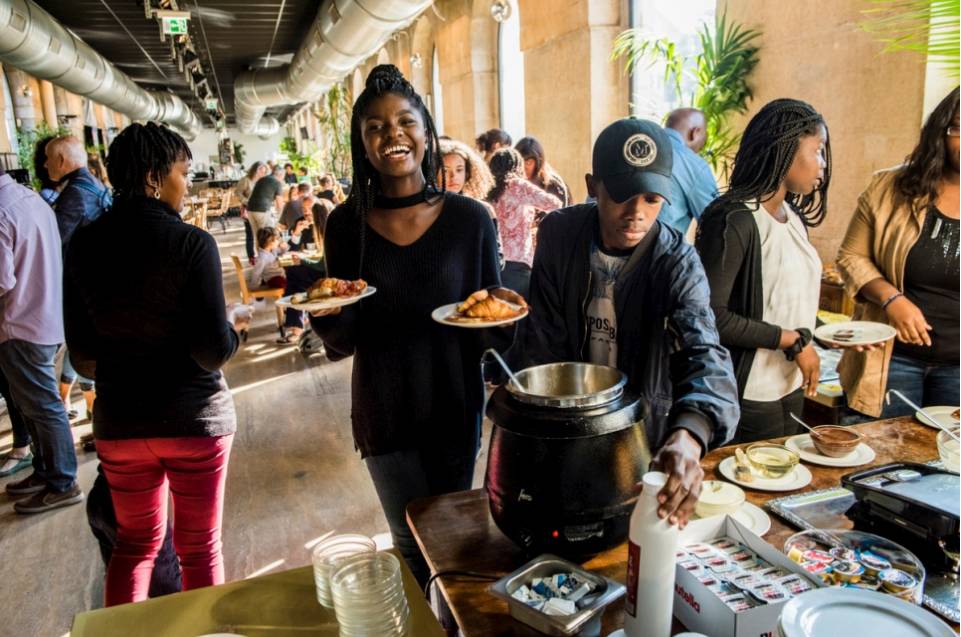 GENEVA, Switzerland – The third Refugee Food Festival is coming to 14 cities around the world in June, bringing locals and refugee chefs together to share food and friendship.

First launched in Paris in 2016, this year’s festival will see over 100 restaurants in cities including New York, Amsterdam and Athens open their kitchens to refugee chefs from Afghanistan, Iraq, Syria and beyond. Every year, the festival showcases the diverse cooking talents of refugees and celebrates the communities that host them.

Participating restaurants range from canteen style kitchens to world renowned Michelin-star restaurants. Many chefs who previously took part in the festival have launched careers in the food industry as a result.

“The Refugee Food Festival helped us realize that we could rebuild our lives here in France, and rebuild everything we lost,” says Sousana, who participated in the Parisian edition. “I know this project can help hundreds of refugees in Europe to find hope.”

“The 2017 Refugee Food Festival gave me the opportunity to work in restaurants, gain professional experience and share my culture with others,” says Pierre, a young Cameroonian living in Madrid who will participate in the festival again this year. “Today I am happy to live in Spain where I finally work as a professional cook.”

See also: Refugee Food Festival has European diners asking for more
The festival will run from 12 to 30 June in Paris, Lyon, Bordeaux, Lille, Marseille, Strasbourg, Madrid, Athens, Amsterdam, Brussels and Bologna. This year is also the first time it will be hosted outside of Europe, debuting in Cape Town, New York and San Francisco.

The initiative was launched by Food Sweet Food and UNHCR, the UN Refugee Agency.

“The Refugee Food Festival mobilizes citizens, cities, NGOs, restaurants, refugees and UNHCR to work together to help dispel myths around refugees, facilitate their integration into the communities that welcome them and create a shared experience around the festival,” says Céline Schmitt, UNHCR’s spokesperson in France.
This year, many local citizens have dedicated their time to developing the project in their city. They have also helped refugee chefs meet restaurant owners and find jobs after the festival.

The BNP Paribas Foundation, as one of UNHCR’s partners, is supporting the 2018 edition of the Refugee Food Festival, bringing the public, civil society, international organizations and private sector together to welcome refugees.

The agenda for each city will be available on the Refugee Food Festival’s website and Facebook page.