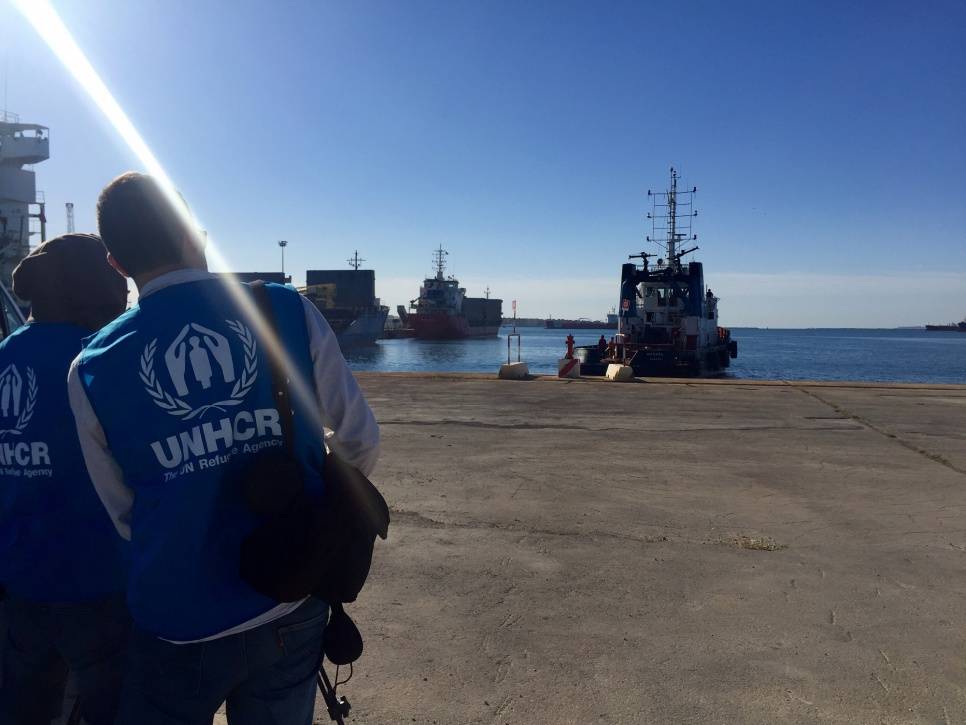 UNHCR is deeply concerned about the latest reports of deaths at sea on the Mediterranean this weekend.
According to the Italian Coast Guard, eight corpses have been recovered so far and at least 52 people are feared missing from two incidents involving large numbers of people on flimsy dinghies off the coast of Libya on Saturday.
More than 2,500 people have been rescued in over a dozen search-and-rescue efforts coordinated by the Italian Coast Guard on Saturday and Sunday. These people are expected to be disembarked in Italian ports over the coming days. It is also important that broader regional responsibility sharing responses for disembarkation are developed urgently. Solutions cannot just be in Italy.
UNHCR applauds the rescue efforts by European government authorities, the Italian Coast Guard and NGOs, but is deeply saddened that the death toll continues to rise. Over 1,770 people are estimated to have died or gone missing trying to cross the Mediterranean Sea so far in 2017, and it is only the start of the summer sailing season. More are believed to have died in the Sahara before arriving in Libya.
Saving lives must be the top priority for all, and further rescue efforts are needed along this still deadly route.
The mixed flows of people through East and West Africa towards Sudan, Niger and Libya continue unmanaged, and cruel smuggling networks flourish.
We urgently need renewed efforts to find different solutions for refugees and migrants in the countries they cross before they reach Libya, given the insecurity in that country and vulnerability of people on the move to horrific exploitation and abuse. In parallel, new measures on both sides of the Central Mediterranean Sea to seriously combat trafficking are needed.
UNHCR also urges that alternative and safe pathways be developed, so people do not undertake such dangerous journeys. For those in need of international protection, alternatives include family reunification, resettlement, refugee scholarships and private sponsorship.
Efforts must also be redoubled to address downstream the root causes behind these movements of people to Libya, including by solving conflicts and reducing poverty.
Media contacts:
Federico Fossi in Rome: +39 349 084 3461
Ariane Rummery in Geneva: +41 79 200 7617
Cecile Pouilly in Geneva: +41 79 108 2625​