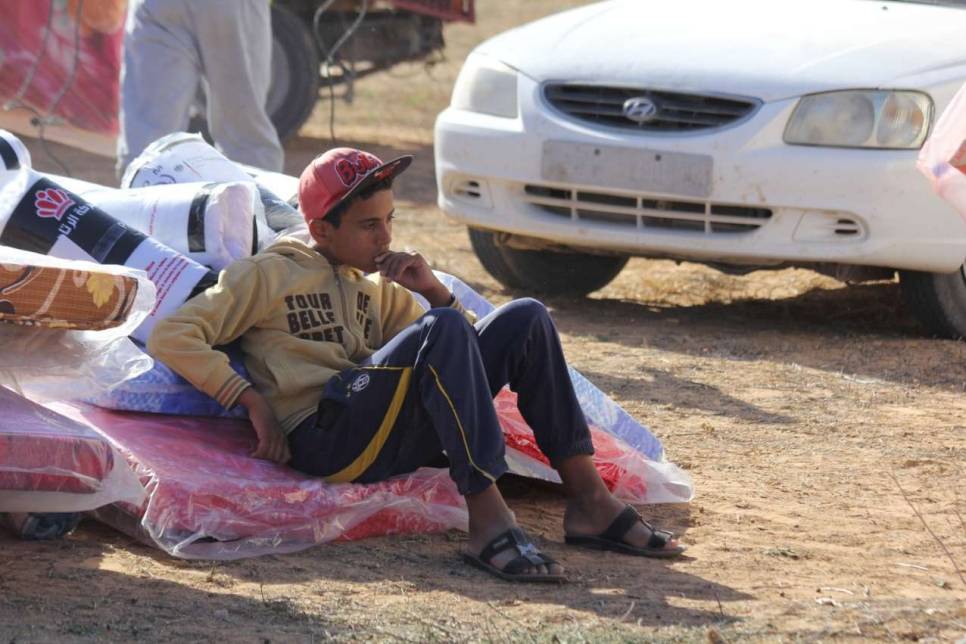 UNHCR, the UN Refugee Agency, announced today that it is stepping up its presence and programmes in Libya in response to the worsening humanitarian crisis resulting from conflict, insecurity, political instability and a collapsing economy in the North African country.
Amid the increasing complexity of refugee and migrant movements through and from Libya, the UN High Commissioner for Refugees, Filippo Grandi, visited Tripoli on Sunday (21 May). During his stay, he met refugees and migrants in some of Libya’s many detention centres.
“I was shocked at the harsh conditions in which refugees and migrants are held, generally due to lack of resources,” Grandi said. “Children, women and men who have suffered so much already should not have to endure such hardship.”
Some 300,000 Libyans have been displaced by ongoing conflict. In all, more than 1.3 million people – including internally displaced people (IDPs), as well as vulnerable Libyans, host communities, migrants, refugees and asylum seekers – are in urgent need of humanitarian assistance.
Hundreds of thousands of people in Libya have been affected by the collapse of law and order, absent or insufficient health care assistance, essential medicines, food, safe drinking water, shelter and education. In response to this situation, UNHCR is ramping up its existing humanitarian operations in the country, and is strengthening cooperation with IOM to leverage the respective strengths of both organizations.
“We should not underestimate the challenges of operating in an unstable and volatile environment such as Libya today,” Grandi said. “Our ability to access and effectively deliver much needed protection and assistance is a constant challenge. The people we are trying to help and my staff live and work under enormous strain and risks.”
In addition to new offices and community development centres for refugees and asylum seekers, UNHCR is also scaling up its presence in places of disembarkation for people rescued or intercepted at sea, in close cooperation with IOM and other partners. At the same time, access and humanitarian assistance to vulnerable refugees and asylum seekers in detention facilities run by the Libyan authorities will be increased, focusing on lifesaving humanitarian activities and advocating for the release of detained refugees and asylum seekers. In the last year and a half, UNHCR has been able to secure the release of more than 800 vulnerable refugees and asylum seekers. The UN Refugee Agency is trying to find durable solutions for them.
UNHCR will also boost its programmes to assist Libyan IDPs and host communities who are in dire need of improved access to basic services, which have severely deteriorated as a result of the crisis. Among other activities, small-scale community-based projects of immediate impact are envisaged for the benefit of host communities, displaced persons, refugees and asylum seekers.
Libya continues to be the main departing point for refugees and migrants seeking to reach Europe. The High Commissioner was accompanied to Tripoli by his newly appointed Special Envoy for the Central Mediterranean Situation, Vincent Cochetel, who will be coordinating UNHCR’s cross-regional response to the complexities of mixed migration movements across the Mediterranean, and by UNHCR’s Regional Director for the Middle East and North Africa, Amin Awad.
For more information on this topic, please contact:
In Geneva:
William Spindler, spindler@unhcr.org, +41 79 217 3011
Andrej Mahecic, mahecic@unhcr.org, +41 79 642 97 09