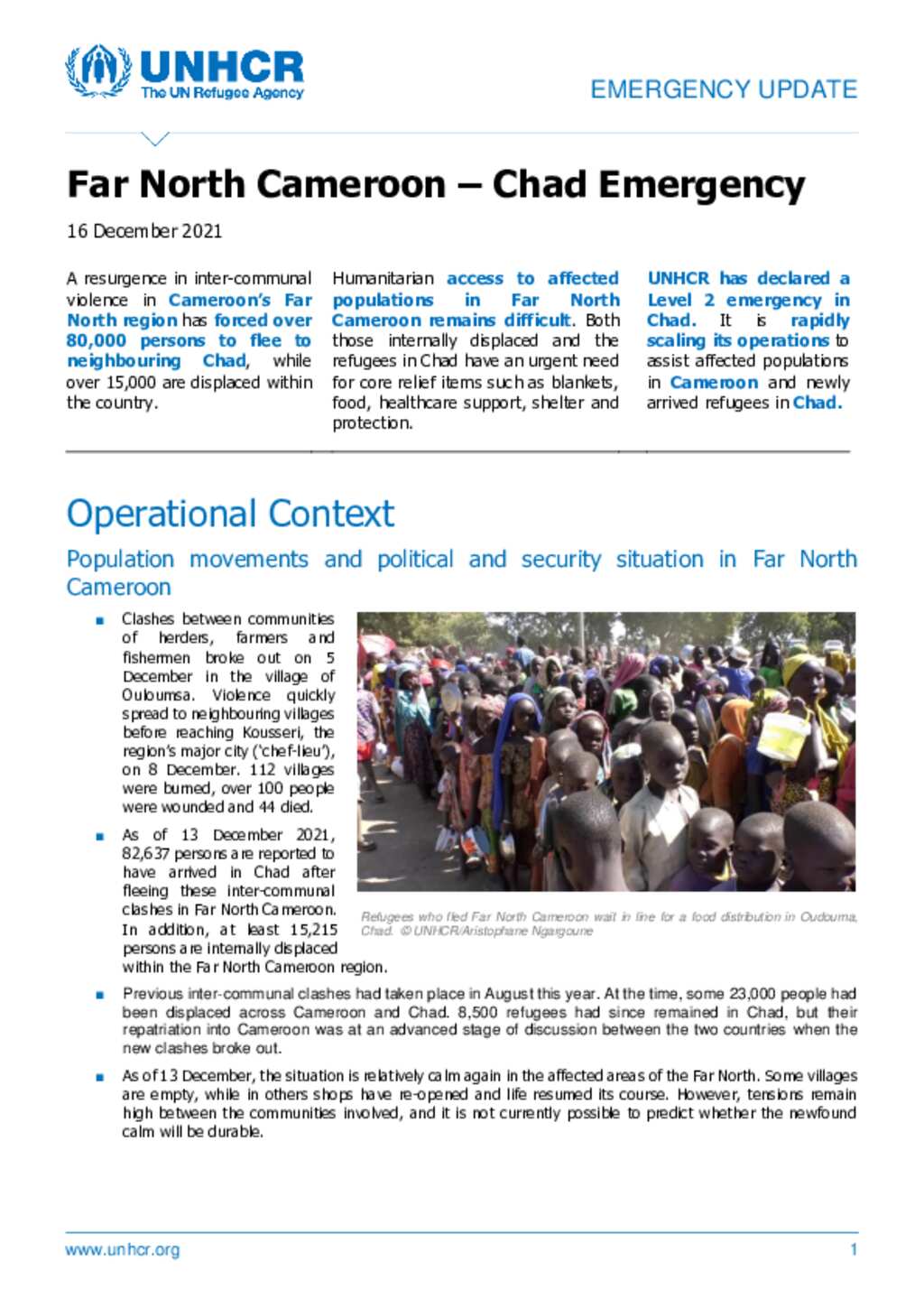 A resurgence in inter-communal violence in Cameroon’s Far North region has forced over 80,000 persons to flee to neighbouring Chad, while over 15,000 are displaced within the country. Humanitarian access to affected populations in Far North Cameroon remains difficult. Both those internally displaced and the refugees in Chad have an urgent need for core relief items such as blankets, food, healthcare support, shelter and protection. UNHCR has declared a Level 2 emergency in Chad. It is rapidly scaling its operations to assist affected populations in Cameroon and newly arrived refugees in Chad.