Monitoring of Returns of Venezuelan Refugees and Migrants – August 2020 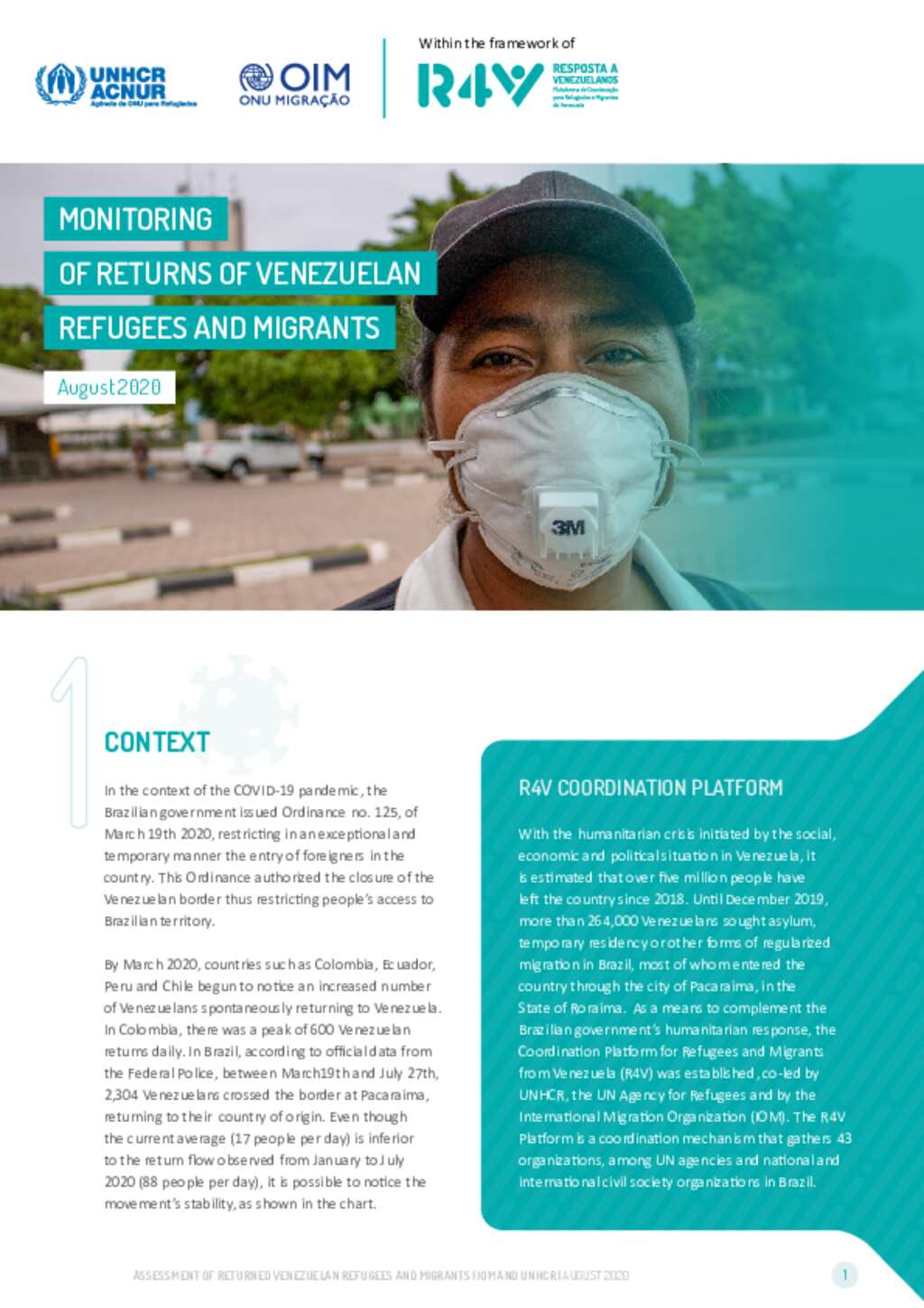 Monitoring of Returns of Venezuelan Refugees and Migrants – August 2020

In the context of the COVID-19 pandemic, the Brazilian government issued Ordinance no. 125, of March 19th 2020, restricting in an exceptional and temporary manner the entry of foreigners in the country. This Ordinance authorized the closure of the Venezuelan border thus restricting people’s access to Brazilian territory. By March 2020, countries such as Colombia, Ecuador, Peru and Chile begun to notice an increased number of Venezuelans spontaneously returning to Venezuela. In Colombia, there was a peak of 600 Venezuelan returns daily. In Brazil, according to official data from the Federal Police, between March19th and July 27th, 2,304 Venezuelans crossed the border at Pacaraima, returning to their country of origin. Even though the current average (17 people per day) is inferior to the return flow observed from January to July 2020 (88 people per day), it is possible to notice the movement’s stability, as shown in the chart.