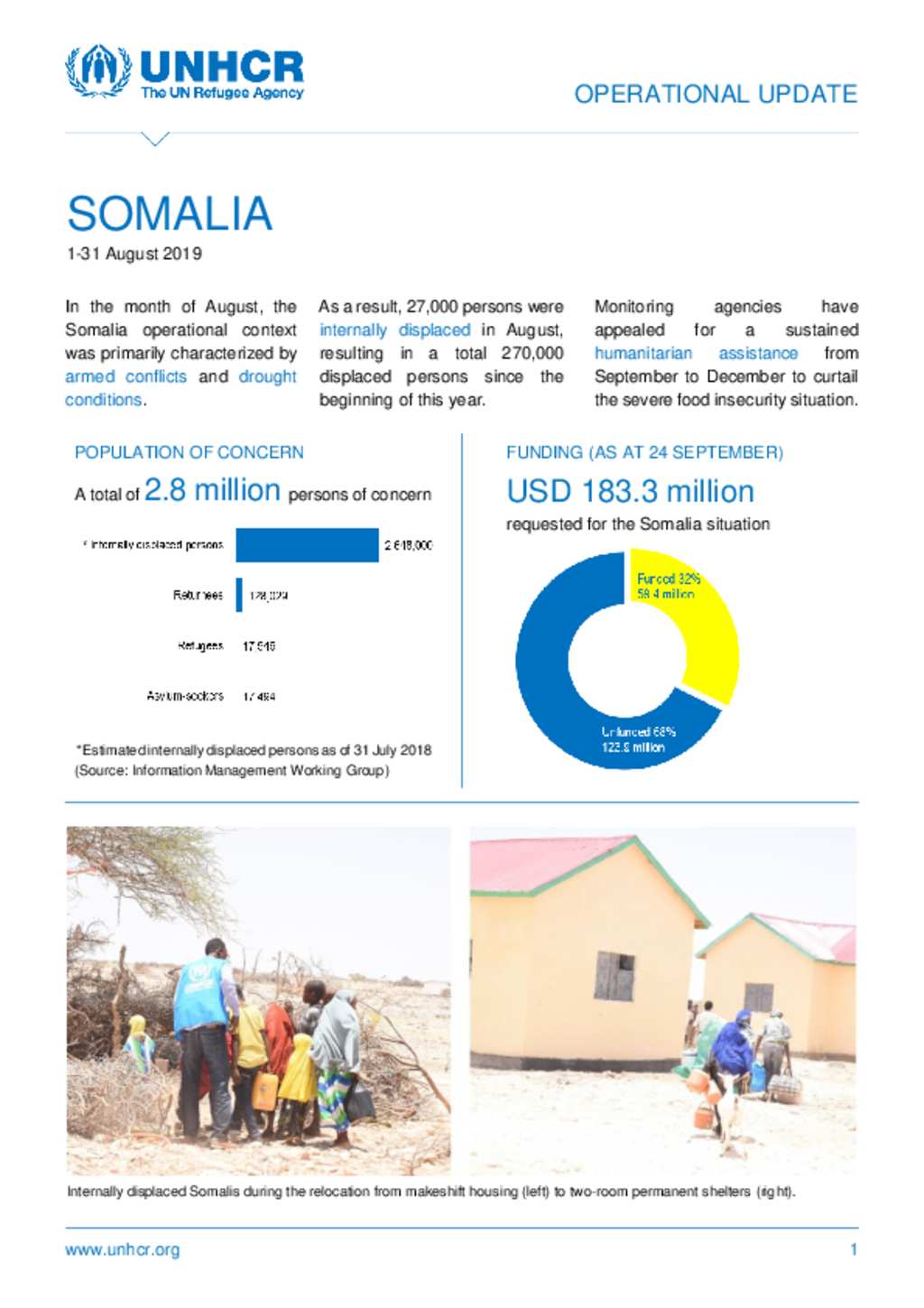 In the month of August, the Somalia operational context was primarily characterized by armed conflicts and drought conditions. As a result, 27,000 persons were internally displaced in August, resulting in a total 270,000 displaced persons since the beginning of this year.