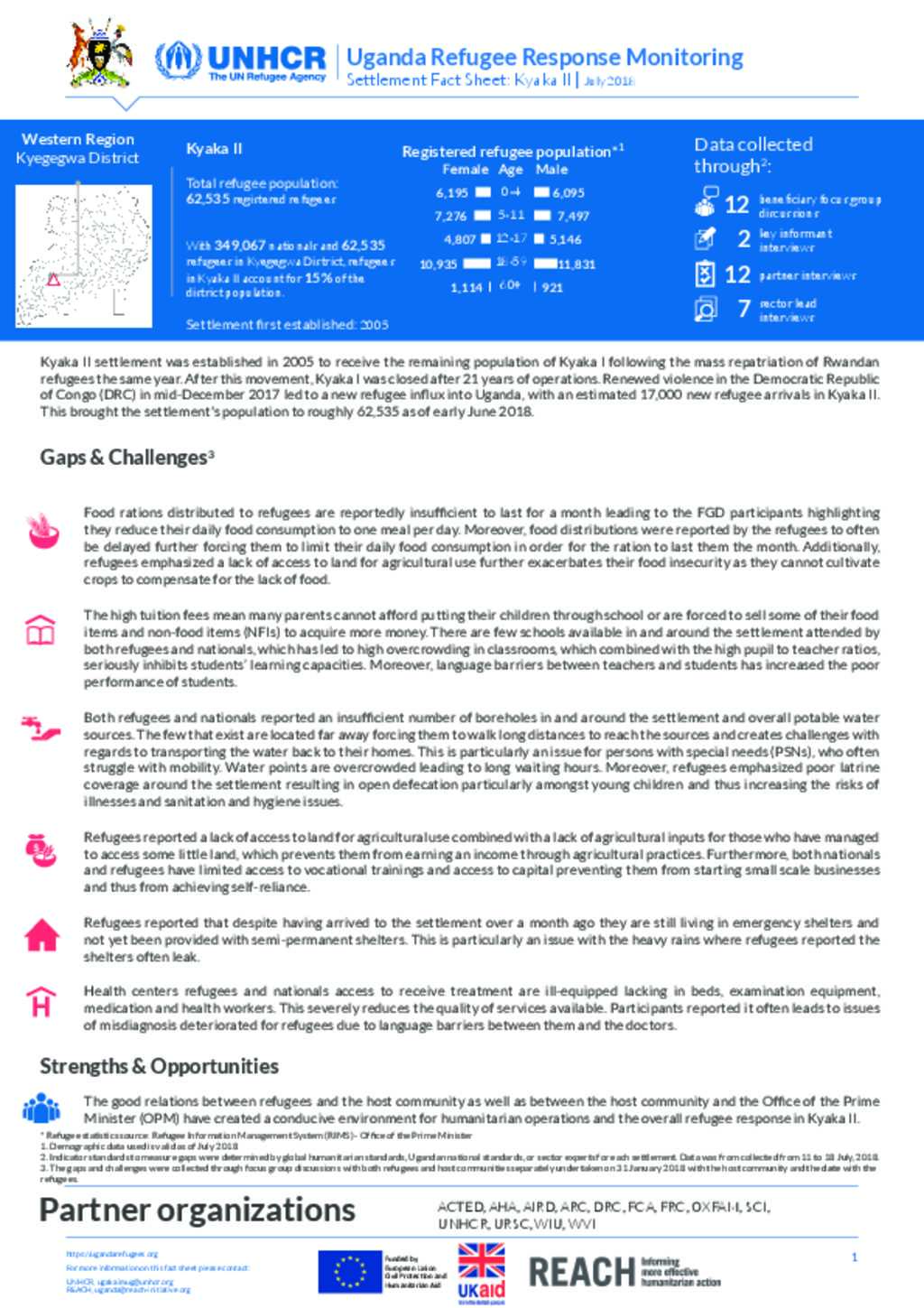 Kyaka II settlement was established in 2005 to receive the remaining population of Kyaka I following the mass repatriation of Rwandan refugees the same year. After this movement, Kyaka I was closed after 21 years of operations. Renewed violence in the Democratic Republic of Congo (DRC) in mid-December 2017 led to a new refugee influx into Uganda, with an estimated 17,000 new refugee arrivals in Kyaka II. This brought the settlement's population to roughly 62,535 as of early June 2018.