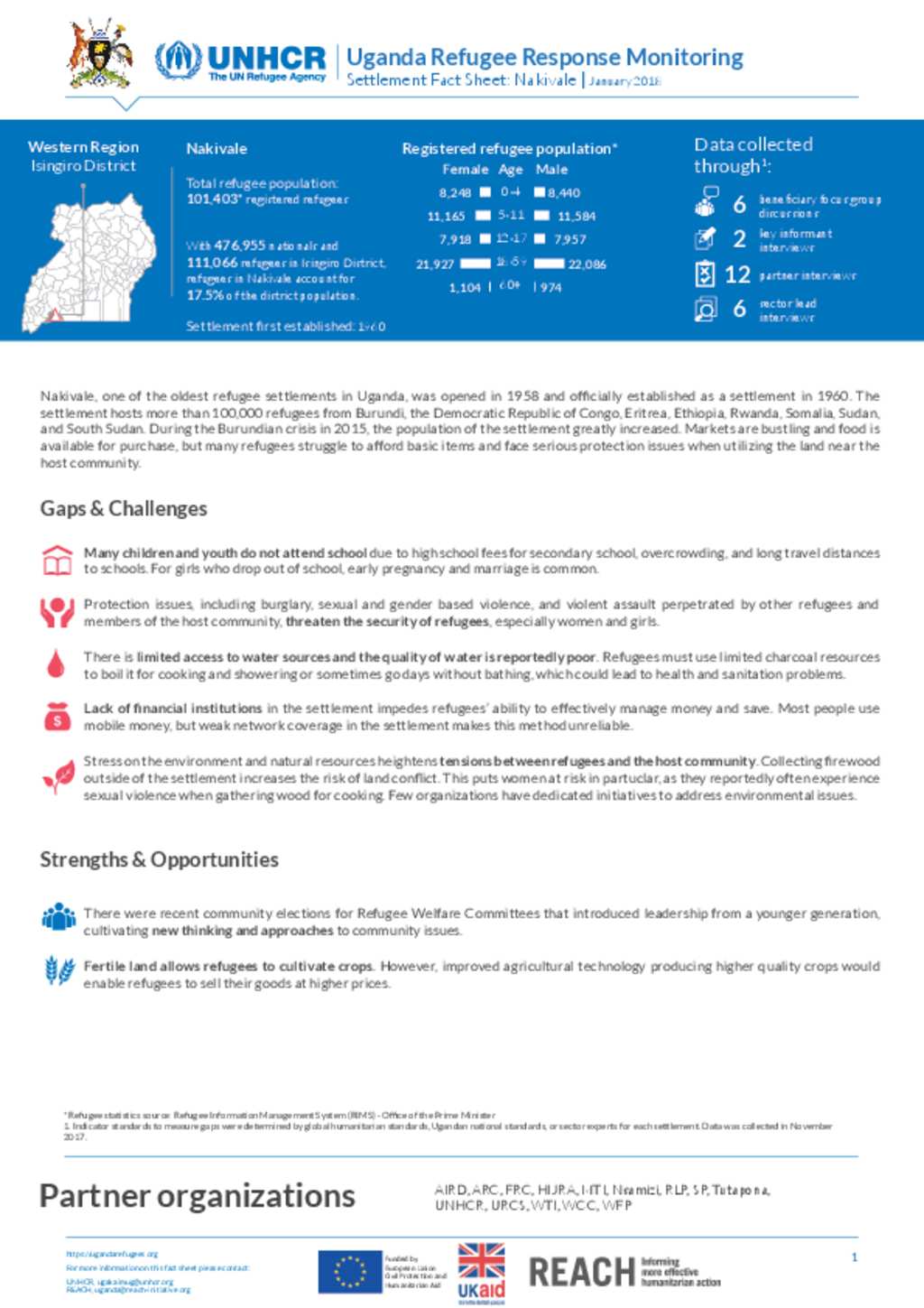 Nakivale, one of the oldest refugee settlements in Uganda, was opened in 1958 and officially established as a settlement in 1960. The settlement hosts more than 100,000 refugees from Burundi, the Democratic Republic of Congo, Eritrea, Ethiopia, Rwanda, Somalia, Sudan, and South Sudan. During the Burundian crisis in 2015, the population of the settlement greatly increased. Markets are bustling and food is available for purchase, but many refugees struggle to afford basic items and face serious protection issues when utilizing the land near the host community.