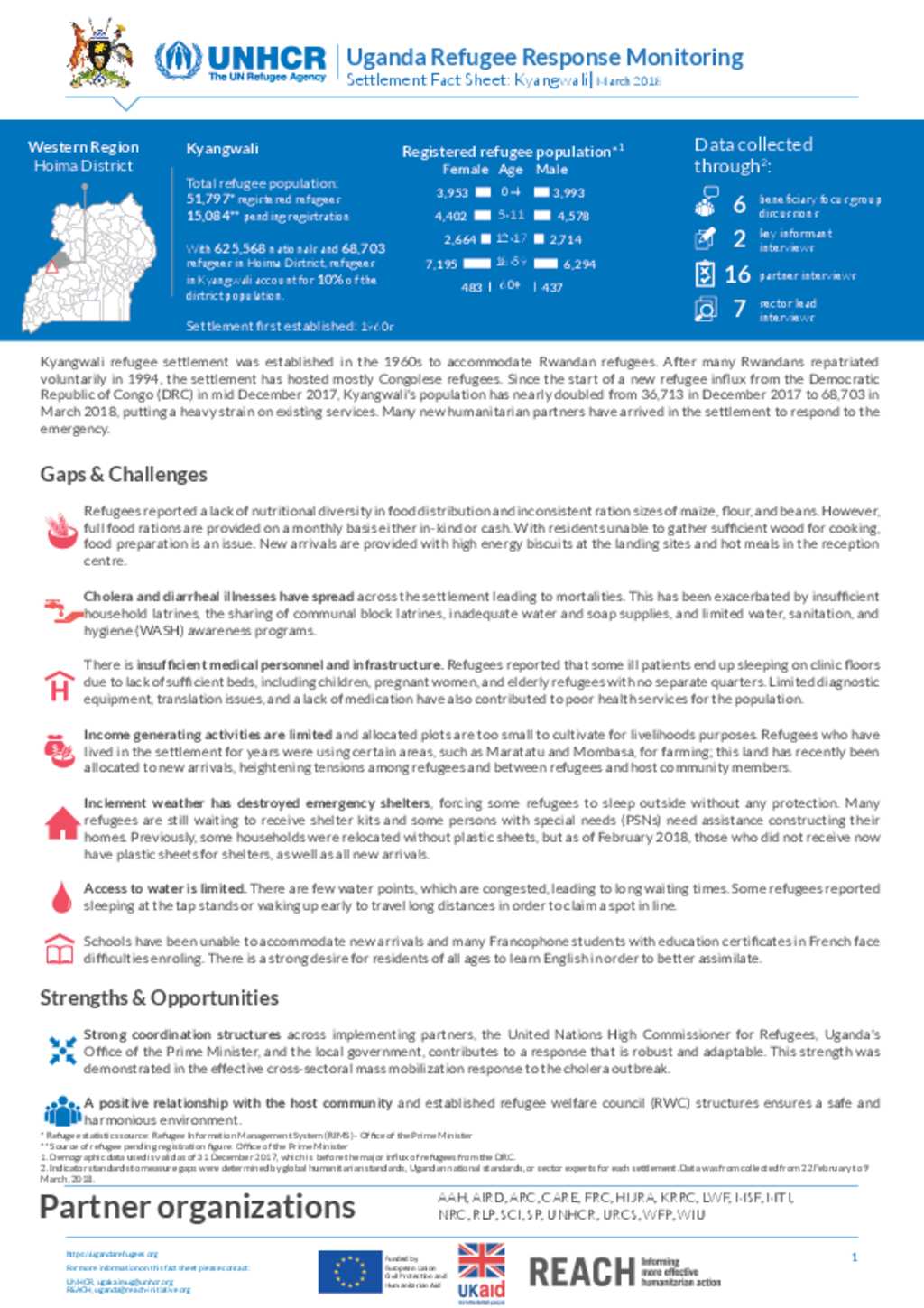 Kyangwali refugee settlement was established in the 1960s to accommodate Rwandan refugees. After many Rwandans repatriated voluntarily in 1994, the settlement has hosted mostly Congolese refugees. Since the start of a new refugee influx from the Democratic Republic of Congo (DRC) in mid December 2017, Kyangwali's population has nearly doubled from 36,713 in December 2017 to 68,703 in March 2018, putting a heavy strain on existing services. Many new humanitarian partners have arrived in the settlement to respond to the emergency.