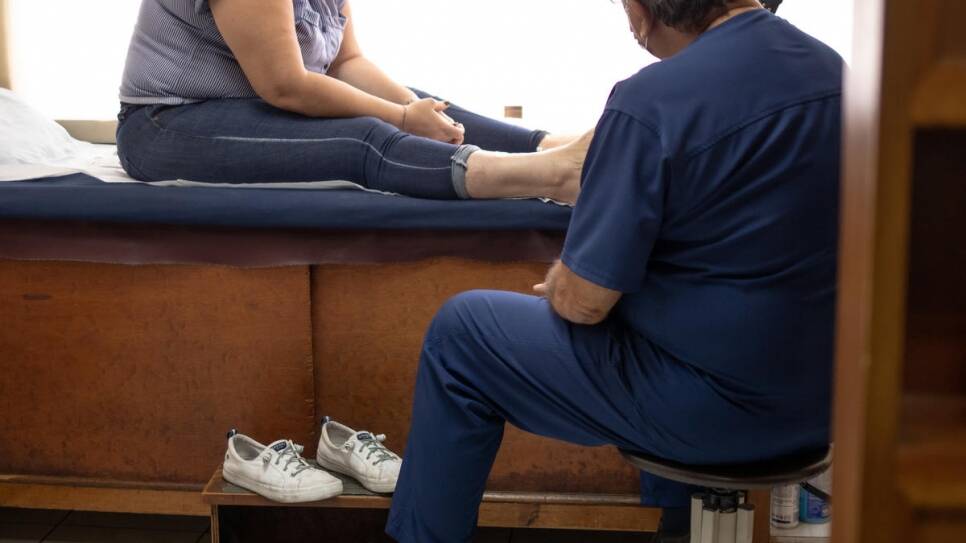 It had been many years since Catalina* had finished her law degree when fear for her family’s safety and anger over what was happening in her native Nicaragua compelled her to move in with protesting students on a university campus as part of mass antigovernment demonstrations in 2018.
One night, a homemade explosive was lobbed through the window and detonated on her right foot.

Though she underwent surgery to save her foot, the serious injuries she sustained in the explosion required extensive treatment. Fearing she could be targeted for abduction, Catalina often used disguises when she went for appointments with her doctors. Eventually, the fear of being detained for her role in the protests led her to flee across the border to neighboring Costa Rica, where she applied for asylum.

Her wounds festering, and unable to afford a doctor in Costa Rica, she went without treatment for several months – running the risk of becoming permanently disabled. Then she heard of an initiative by UNHCR, the UN Refugee Agency, that gives 6,000 refugees and asylum seekers access to Costa Rica’s robust public health system.

Read the story in Spanish https://www.acnur.org/noticias/historia/2020/8/5f4554454/refugiada-nicaraguense-sana-las-heridas-de-la-persecucion-en-costa-rica.html