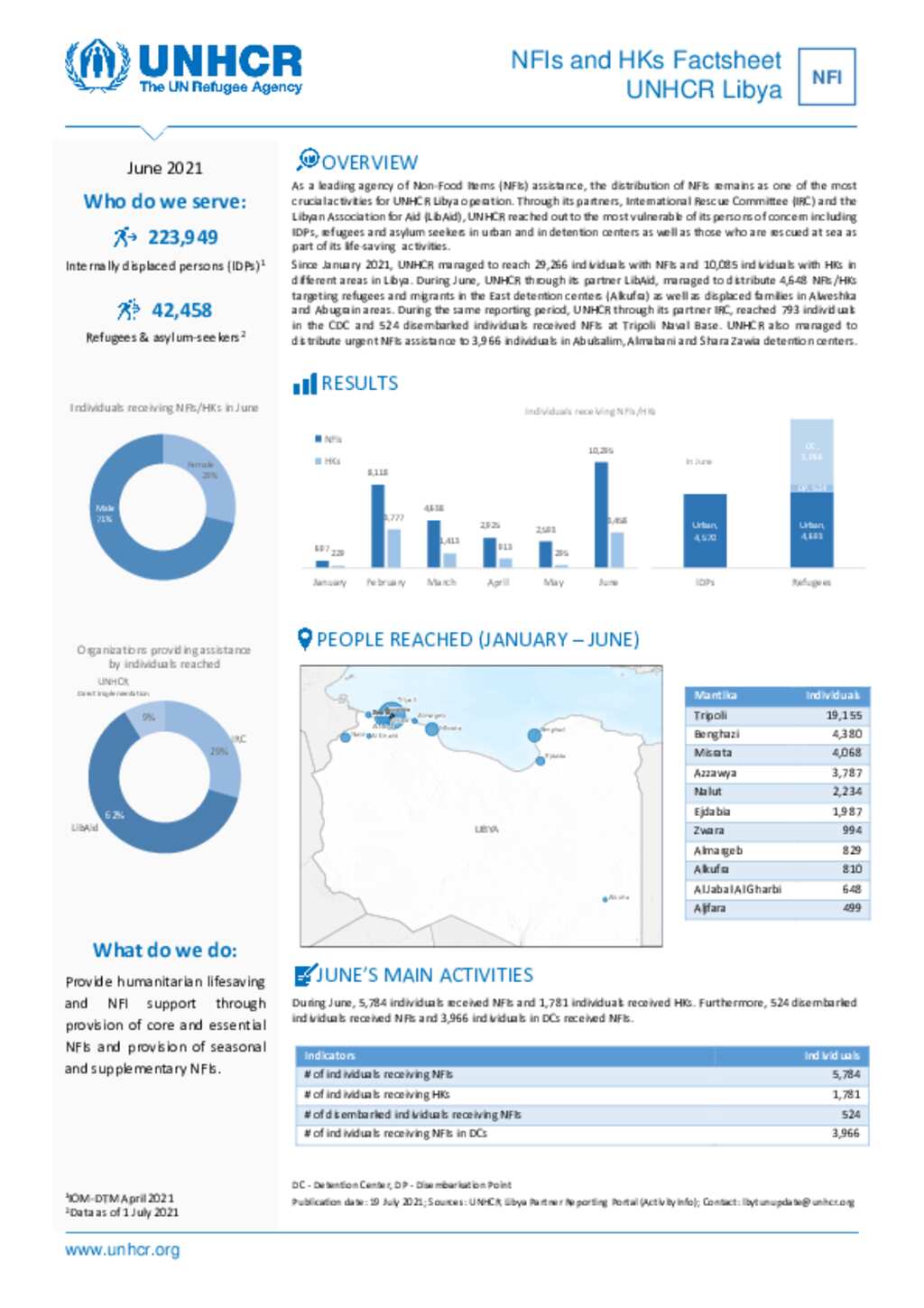 As a leading agency of Non-Food Items (NFIs) assistance, the distribution of NFIs remains as one of the most crucial activities for UNHCR Libya operation. Through its partners, International Rescue Committee (IRC) and the Libyan Association for Aid (LibAid), UNHCR reached out to the most vulnerable of its persons of concern including IDPs, refugees and asylum seekers in urban and in detention centers as well as those who are rescued at sea as part of its life-saving activities. Since January 2021, UNHCR managed to reach 29,266 individuals with NFIs and 10,085 individuals with HKs in different areas in Libya. During June, UNHCR through its partner LibAid, managed to distribute 4,648 NFIs/HKs targeting refugees and migrants in the East detention centers (Alkufra) as well as displaced families in Alweshka and Abugrain areas. During the same reporting period, UNHCR through its partner IRC, reached 793 individuals in the CDC and 524 disembarked individuals received NFIs at Tripoli Naval Base.