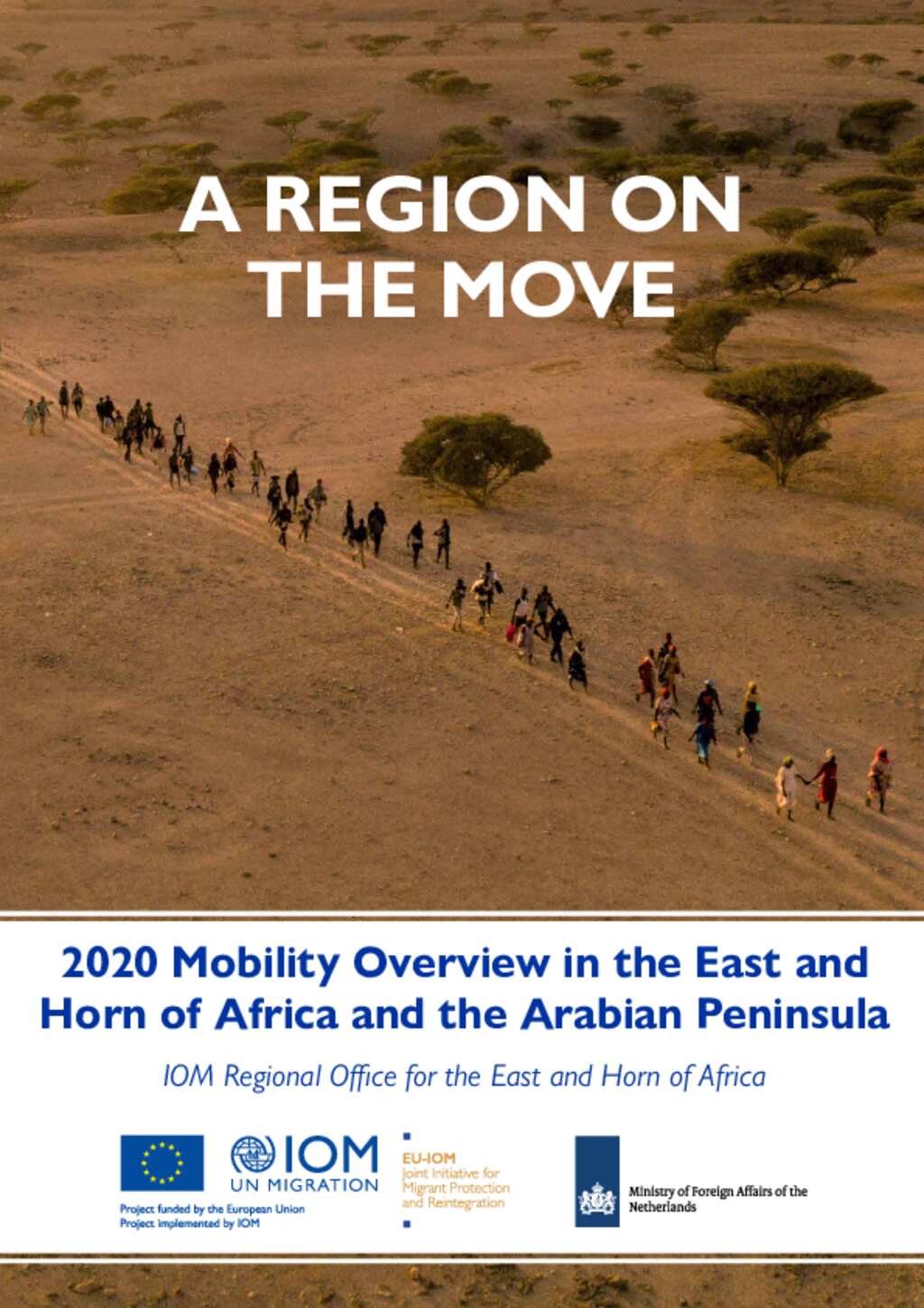 This year’s A Region on the Move report aims to provide an overview of the main population movement trends in the East and Horn of Africa region (EHoA) in 2020. Home to an estimated population of 331 million, of which 42 per cent are under the age of 15, the region hosted 6.2 million international migrants at mid-year 2020.1 With over 6.5 million IDPs and more than 3.6 million refugees and asylum-seekers recorded by the end of the year,2 countries in the EHoA have continued to experience significant levels of internal and cross-border mobility, although at a reduced pace. Mobility in the region is still triggered by a combination of persistent insecurity and conflict, harsh climatic shocks and conditions, in addition to socio-economic drivers and more traditional seasonal factors, fueling intra- and extra-regional movements. These intertwined flows of IDPs, migrants and refugees are strongly influenced by historical and cultural links such as those tying similar communities separated by borders in the HoA and