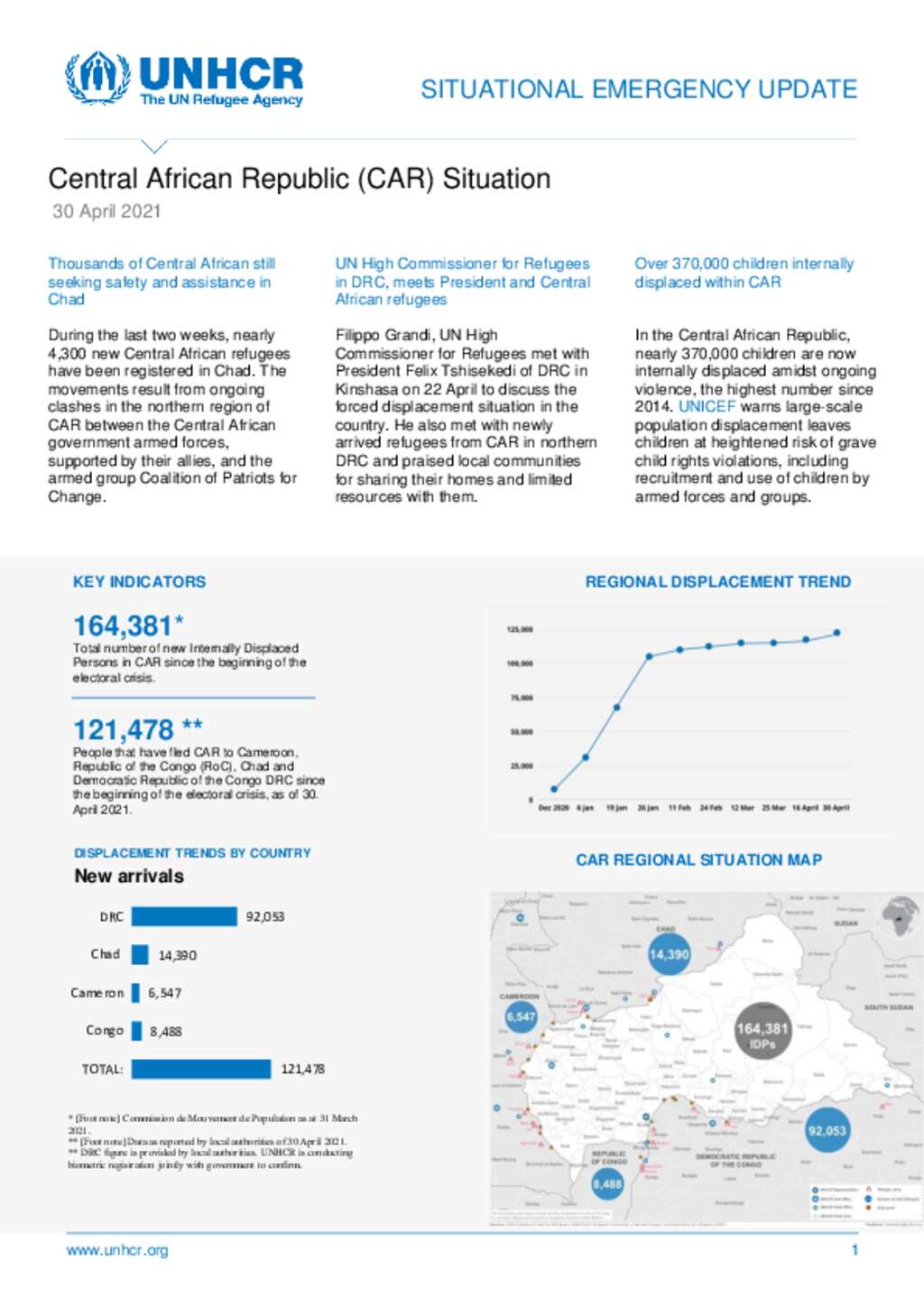 During the last two weeks, nearly 4,300 new Central African refugees have been registered in Chad. The movements result from ongoing clashes in the northern region of CAR between the Central African government armed forces, supported by their allies, and the armed group Coalition of Patriots for Change. Filippo Grandi, UN High Commissioner for Refugees met with President Felix Tshisekedi of DRC in Kinshasa on 22 April to discuss the forced displacement situation in the country. He also met with newly arrived refugees from CAR in northern DRC and praised local communities for sharing their homes and limited resources with them. In the Central African Republic, nearly 370,000 children are now internally displaced amidst ongoing violence, the highest number since 2014. UNICEF warns large-scale population displacement leaves children at heightened risk of grave child rights violations, including recruitment and use of children by armed forces and groups.