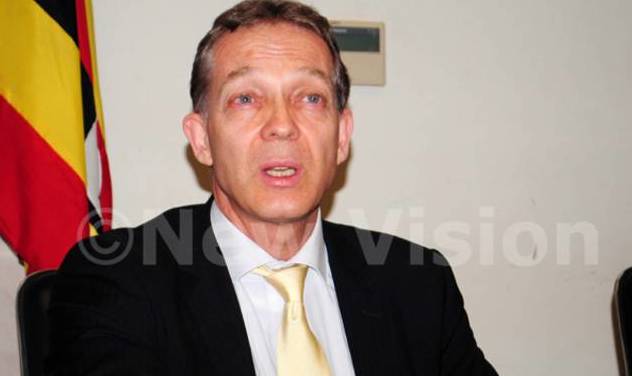 The United Nations High Commission for Refugees (UNHCR) on Friday leveled praise on Uganda’s response to the refugees whose rising numbers have put on strain on service delivery in many districts.

The visiting director of the Comprehensive Refugee Response Framework at UNHCR in Geneva, Daniel Endres described Uganda as a model for the world in the area of refugee management.

“Uganda is a world leader in refugee policy and the world has its attention on the country with great admiration. Our next step is to maximize that good work,” Endres stated.

Endres passed on the commendation during a joint press briefing at the Office of the Prime Minister in Kampala on Friday.

Uganda is now home to about 1.4 million refugees, more than half of them from South Sudan. It also ranks third globally after Turkey and Pakistan among countries hosting the largest number of refugees.

The minister for relief, disaster preparedness and refugees, Eng Hillary Onek said the country would keep its doors open to refugees in spite of growing difficulties in providing for them.

The National Development Plan II provides for specific interventions to improve their livelihood and create an enabling environment for refugees to live in safety, dignity and harmony.

A 2015 World Bank assessment found over 78% of respondents in refugee settlements were engaged in agriculture. They are also granted access to all the social services enjoyed by their host communities.

In 2016, the Government also enacted a legal and policy framework that allows refugees to stay in urban centres if they so wish, thus facilitating the enjoyment of their human rights.