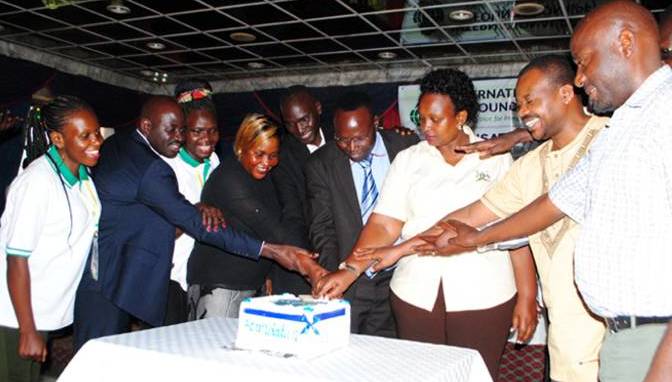 KAMPALA - A cross-section of South Sudan refugees in Uganda have called on their leaders and all nationals to forgive one another if the country is to attain lasting peace.

They noted that the country can never attain peace through violence and hatred like it is today.

John Oketch, a former MP from South Sudan, said the issue of S. Sudan is not about the people; but leadership.

“People of S. Sudan have never hated each other. They are still united and it is the reason they voted to have their own independence. All conflicts are a result of our leadership. We just need to pray for our leaders to pardon themselves,” he noted.

Oketch was speaking during the launch of te International Pardon Foundation (IPF) at Hotel Equatorial in Kampala.

The organisation was created under the theme: “Join us as we actively persuade South Sudanese and parties to conflict to forgive one another, unite and bring peace to end the suffering amongst themselves”.

The President Equatorial Students Union in Uganda, Peter Lukoma, said all S. Sudanese must accept that errors were committed, adding that it is time to leave the past behind and forgive each other to promote peace for development.

Today, people have hatred and have instilled it in their children which is bad for the future of our country,” he noted.

He stressed: “As students, we are tired of the war which continues to claim innocent lives. Let us promote the culture of diversity and control emotions amongst ourselves to live in harmony.”

Lokoma called all parents to guide their children to avoid divisionism and promote co-existence.

The head of South Sudanese International Christian Fellowship Church, Rev. Joseph Simbe, said it is unfortunate that people of South Sudan have never tasted the joy of independence they fought for.

“It is now five years since we got independence, but we are still in war. We need to restore the integrity of South Sudan through a peaceful approach. We should avoid a tribalistic mentality,” he added.

Stella Bagho, an attendee said: “We are tired of being called refugees, yet we have our country. It is so painful”.

While launching the organisation, Darlson Kusasira, the community services officer in the Office of the Prime Minister, said the Government is to ready to support the organisation in promoting co-existence in settlements among S. Sudanese themselves and the host communities.

“When S. Sudan refugees had just come, there was conflict over scarcity of resources in the communities. That is when we introduced peace initiatives in the settlements,” she noted.

Kusasira said the Government of Uganda emphasised education among refugees with a view of empowering them and changing their mindset.

“We believe if we promote peace and educate these refugees, many can be repatriated when peace is restored and contribute to the development of their country. We want IPF to be the ambassodor of peace in Uganda and South Sudan,” she added.

The founder of IPF, Dr David Luk, thanked the Government of Uganda and United Nations High Commission for Refugees (UNHCR) for the support they have continued to extend to S. Sudan refugees.

He said IPF is to work with the OPM and UNHCR to engage refugees in various camps with a healing and counseling programmes to promote peace and unity through forgiving one another.

“We believe peace can be attained with the intervention of heads of state and the Governments of Uganda, Sudan and Ethiopia. We also believe in community dialogues since many are experiencing fighting and killing each other,” he added.

Bishop Finish Mulla,an attendee, said they need to use a gentle way to create change for a lasting peace.

The IPF communication and public relations director, Grace Adrua, said they are going to engage local leaders and communities to promote conflict resolution.

“If we preach peace, people can forgive each other. The people of S. Sudan have been one, but we think it is because of selfishness of some people causing all this chaos,” she added.

According to the UNHCR, there are one million S. Sudanese refugees, who entered Uganda following the 2013 conflict, after a sudden fall-out between President Salva Kiir and his sacked deputy, Riek Machar.

It is estimated that since the war broke out,more than two million South Sudanese have fled to neighbouring countries.